The school of one of the most famous zaddikim of the late 18th century, Yaakov Yitzchak Horowitz, known as the Seer of Lublin gave rise to a plethora of legends. The house of the Seer was in Lublin’s Jewish quarter, which was declared a ghetto by the SS in 1940, and subsequently destroyed in 1942 after being cleared of its inhabitants. As no concrete traces of this establishment remain, I constructed the model after visiting the yeshiva of Baal Shem Tov, one of the founding fathers of Hasidism, in Medzhybizh, Ukraine. My “travel version” has already been assembled in various places, where it featured in a number of artistic events. 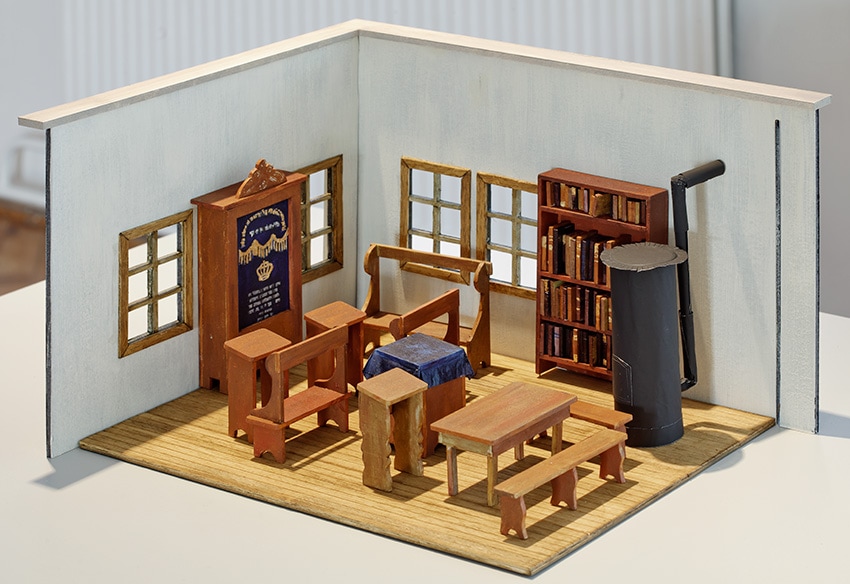